Voting in the Upcoming Local Elections

It’s important to know some information about them so that your voice can be heard. Here is your guide to Voting in the Election.

Did you know that Voter Turnout in local elections is extremely low?

For the last 20 years, the average turnout fluctuates between 6% and 8% of Registered Voters actually vote in City and School Board Elections.
Let’s end that cycle and go vote!

Stay in the know with this guide to voting in the upcoming City of Plano Council election.

Any resident of the city of Plano who has lived in the state of Texas, and either Collin County or Denton County at least 30 days prior to the election and has a valid voter registration certificate can vote.

Don’t know if you are registered to vote?

Search for your registration using the Texas State Voter Database.

Why You Should Vote

If you have ever wanted to have a say in how Plano is run then you should vote!

The candidates all have their own agendas, policies and preferences on decision making and their own vision for the City of Plano.

Low turnout also means that an organized (and political) group can have a greater influence on the direction of the city even if the numbers are small and the base of regular voters are often older than 50.

All places are elected at large, which means that any resident across Plano can vote for any of the candidates.

On election day, Denton County residents must use the voting location assigned to their precinct.

When and Where to Vote

For PISD Board of Trustees

Note: PISD covers some areas of Dallas, Murphy, Parker and Richardson so these locations are specific to cast your ballot for PISD Board Trustee positions

Be sure to watch our Live Video Forums as they happen over the coming weeks.

The biggest topics and debates happening around City Council in 2021

– We are voting in a new Mayor to represent the City. What type of person should that be, what experience should they have? What are their values and their policies for the coming few years?

– How can we keep Plano the destination of choice for newcomers and for businesses? What changes to the infrastructure need to be made?

– What would you like the City to look like in 10 years time? Should it attract new businesses to move here?

– Is maintaining an Effective Tax Rate a good idea (saving you a few dollars a month)? What if it impacts our ability to maintain quality services like Libraries, Parks, Recreation Centers?

– Does the City of Plano provide the right type of housing for young adults, seniors and local workers? Does the Council approve these different types of housing?

– What does life look like around COVID and post-Covid, getting back to normal day life safely and rebuilding the economy?

– Should political parties play into our local elections? Some candidates are running on a political platform. Check into that to see whose interests’ they’re representing and whether they align with yours. Is that good for the City of Plano as a whole?

Read about each candidate and understand their platform (political or not) and by voting, you get to decide who you want to represent you.

Also understand if they are aligned with other Council members and how, and if they’re involved in any organized groups, like the Plano Citizen’s Coalition (whose signs you may have seen around the City).

Do your due diligence to understand their mission, their values and their platform and why they may be promoting specific candidates to be placed on the City of Plano City Council.

Ask friends, ask in Facebook groups and review some of the past City Council meetings, which are all broadcast live on the City of Plano Facebook page.

City and school board races are often intended to be Non-Partisan.

However, a large number of regular voters are driven by their affiliation with a major political party – which can influence their decision making, as we have seen happen in the last 2 years.

By voting in these local elections you are helping to decide local laws, local funding and budgets.

Make your voice heard. If you vote, you have the right to complain 🙂

For every Candidate Forum we filmed here, every candidate was invited. It was their choice whether they attended one of these sessions, so not all Candidates are included for that reason.

Plano ISD Board of Trustees

There are 4 spots available

To find out more about the Candidates running for the PISD School Board, we asked them all the questions and have the answers for you here

Look out for Bond Referendums which usually end up on the Ballot too.

The 2021 Bond Referendum will cover:

For full details, information on the Bond Referendum is available from the City of Plano.

What does this mean for you?

Approving a Bond means raising more funds to cover the expenditure and this vote allows you to decide if you wish to approve all or some of the propositions on the ballot.

Currently, the average home value in the City of Plano, as determined by the Collin Central Appraisal District, is approximately $378,396. Based on assessed property valuation, if all propositions are approved, the maximum total tax rate impact would be 2.13 cents or approximately $67.71 in annual taxes for the average homeowner at the end of the four-year period.

Do your part for Plano and Go Vote!

Do you have kids in PISD schools? Read our guide to your PISD board candidates! -

We love our Partners! 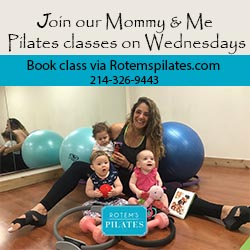